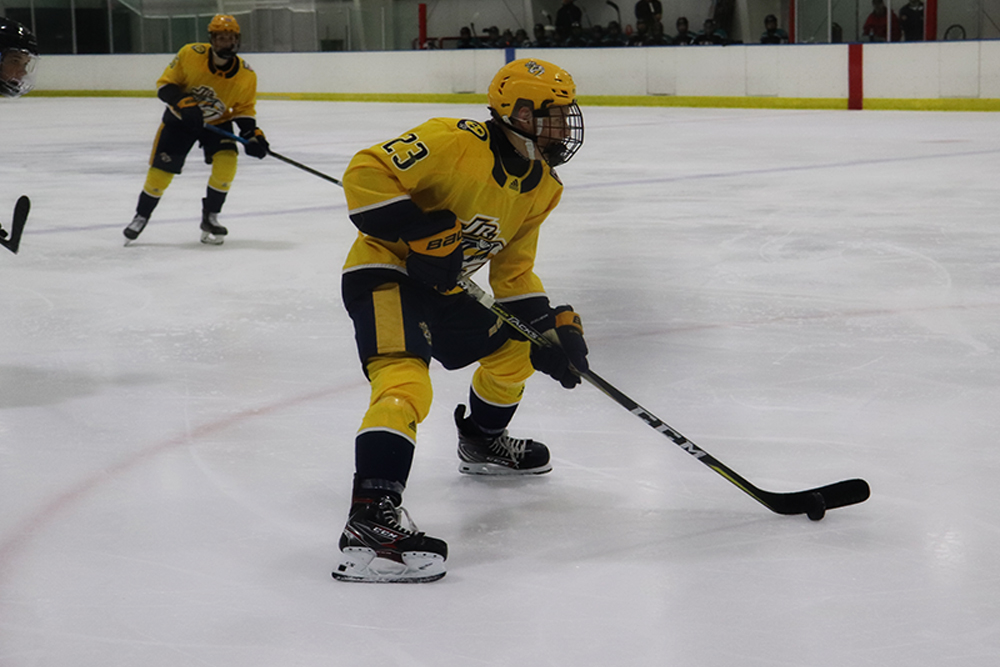 Congratulations to Dom Bartecko from the 2019-20 U16AAA Nashville Jr Predators team who recently signed a tender agreement with the Janesville Jets of the NAHL. The Tender designates Dom’s playing rights to the Jets if he is to play in the NAHL for the 2020-21 season.

This is the latest in a strong spring of advancement for the Jr Predators Program. Dom was also selected in the USHL Entry Draft by the Green Bay Gamblers, while his teammate, Landry Schmuck was selected by the Sioux Falls Stampede. Prior to the USHL Draft, Landry also signed a Tender with the New Jersey Hitmen of the NCDC.

Several members of the Southeastern District Champion Jr Predators U18AAA Team have also made commitments to play for next year. Forwards Bo Cosman and Aidan Flynn have signed Letters of Intent with the Lloydminster Bobcats of the Alberta Junior Hockey League (AJHL), while defenseman Parks Wallace has signed with the Canmore Eagles, also in the AJHL. Chase Davis signed a Tender Agreement with the Wichita Falls Warriors of the NAHL, joining former teammate Michael Reed, who was called up mid-year to finish the season Aberdeen Wings.