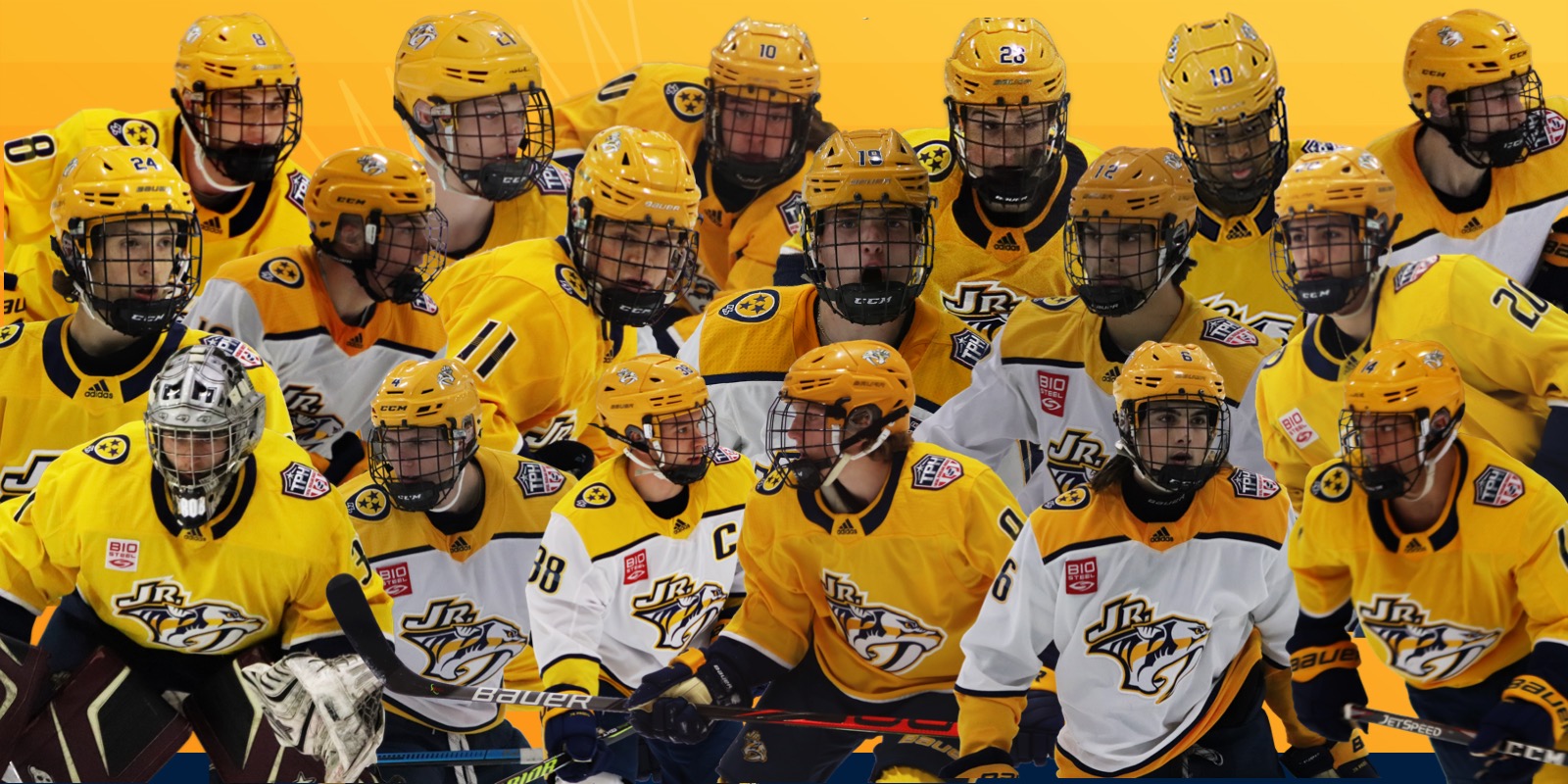 The Nashville Jr. Predators have established a growing presence in the development of future collegiate and junior-level talent and the 2020-2021 season once again shows that connection rings true. In the midst of all the challenges brought about by competing in a season during a pandemic, it has been a major year with numerous accomplishments as a team and for individuals. The Jr. Predators are proud to announce that two student-athletes have committed to play NCAA ice hockey for various powerhouse programs. As well as twelve athletes will be making their Tier I and Tier II junior hockey debut.

“The season was incredible for the U18 AAA and the organization as a whole. The team we have built here in Nashville is tremendous to work with – they are focused on the development of the players and the program, and making it hard to leave. The strong support from the leadership of the Nashville Predators is awesome,” said Steve Jennings, former Tier I Director and 18U AAA Head Coach, now serving as the Head Coach for the Aberdeen Wings (NAHL).

More impressively, the program has flourished on the ice at various age levels and has allowed much team success. For the second-straight season, the 18U Preds nabbed the Southeast District Championship, qualified for the USA Hockey National Championship, as did 16U, and saw a historic first for the organization where the 14U, 16U, and 18U teams all made it to the semifinals in the Tier I Elite League Playoffs. During that tournament, the18U team would sweep the competition and be victorious in winning the Tier I Elite Championship. As the 18U boys carried a 23-game winning streak this season their triumphs have echoed as a squad but have seen notable individual achievements as well.

“The development of the players last season was unprecedented and hopefully will become an annual standard here,” remarked Jennings. “It was tremendously rewarding to see the culmination of the boys’ dedication – the first ever Tier 1 Elite League Championship and monumental player advancement make this a year that will be hard to replicate. I believe the staff and players are in place this year to see a similar performance!”

From all this talent, it is no surprise that the organization has witnessed much success but has also had impressive individual invitations to elite camps and large commitment numbers from players. The Jr. Predators pride themselves on being a league of development, and this season the 16U and 18U have seen exciting advancements to the collegiate level and junior hockey. The Nashville Jr. Predators would like to recognize the following athletes and congratulate them on their accomplishments.

To learn more about the Nashville Jr Predators, click here.

About the Nashville Jr. Predators

The Nashville Jr. Predators Hockey Club is a non-profit organization and was reestablished in 2019, when the Nashville Jr. Predators (EST. 2009) and the Thunder AAA Hockey Club (EST. 2004) merged together in the long-term best interest of the players and their families.  NJP goal is to allow players to live at home or close to home, while still competing at the Tier I AAA, Tier II AA and Tier II Girls level against other top programs in the country. National in structure, Tier I AAA hockey is the most highly scouted and recruited youth division which produces the most players for non-pay-to-play junior leagues such as the USHL, NAHL and CHL. NJP hockey offers student-athletes access to full time professional hockey coaches that work within the guidelines laid out by the USA Hockey American Development Model (ADM). All of this is done in an effort to develop student-athletes for opportunities in hockey, the classroom and life. Jr. Predators alumni have been drafted to and/or are playing in the NHL, NCAA, USHL, NAHL, NA3HL, and CHL.

Jennings Announced as New Head Coach of the Aberdeen Wings

Briere and Nichol Drafted to USHL