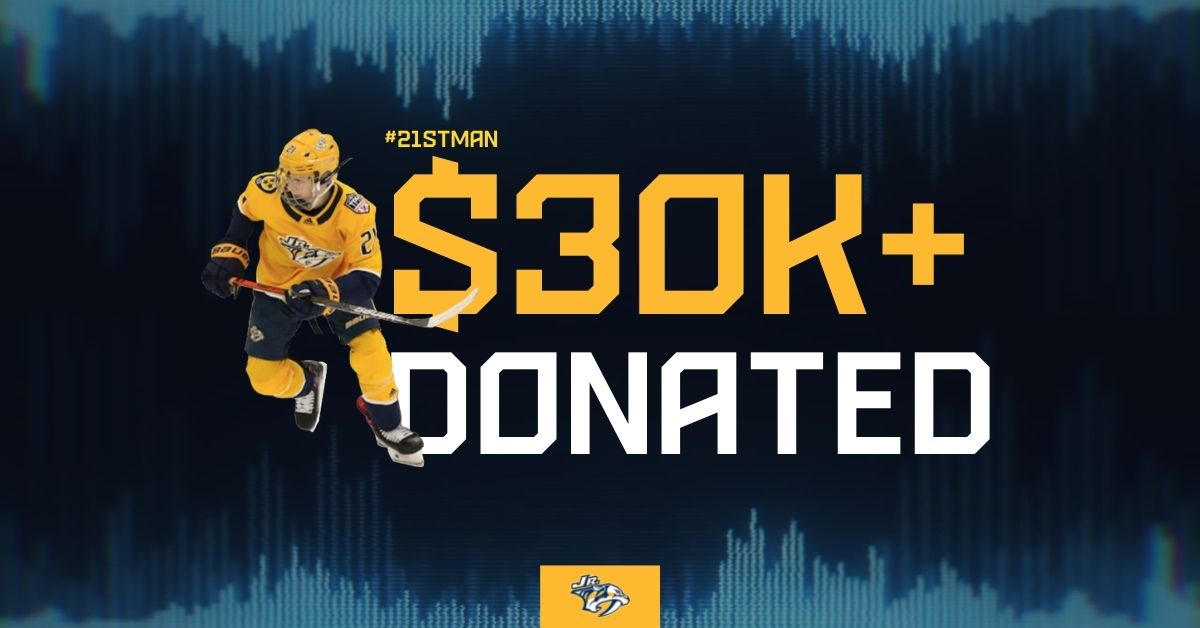 On April 5th, 2022, Griffin Mangan was midway through his second season with the Jr. Predators 2008 AAA team when he was diagnosed with Ewing’s sarcoma, a rare bone cancer that can cause cancerous tumors to grow in the bones and the surrounding soft tissue. It affects about 200 people each year, usually children and young adults between the ages of 10 to 20. Luckily, the cancer was detected early and Griffin could begin treatment immediately.

“The diagnosis of any cancer will give better results when detected early,” said Griffin’s father, Sean Mangan. “We are in the middle of the treatment process for this cancer and have been truly grateful for all the outreach and prayers we have received.”

Griffin is not alone in this fight, as the Jr Preds are standing with their #21stMan – an ode to the number he wore on his jersey and the impact that he’s had on the team. The USA Hockey roster size limits teams to 20 players, but with Griffin in their hearts, every Jr. Predators team has a #21stMan.

Over the past few months the NJP Family, hockey world, friends, and family have come together to offer support to their 21st Man both on and off the ice. From Michigan, to New Jersey, to nearly every state in the Southeast, donations have come pouring in. The NJP program, especially Griffin’s 08′ teammates, are pleased to share that they were able to help raise over $30,000 and counting for the Mangan’s and Griffin’s treatment.

When the funds were donated to the Mangan family, Griffin’s father, Sean, shared his gratitude, “Thanks to everyone who has donated to Griffin’s cause. We are truly grateful and humbled by your generosity. Your thoughts and prayers have given us strength.”

The entire Nashville Jr. Predators organization and beyond extend our hearts and well wishes to Griffin and the Mangan family.