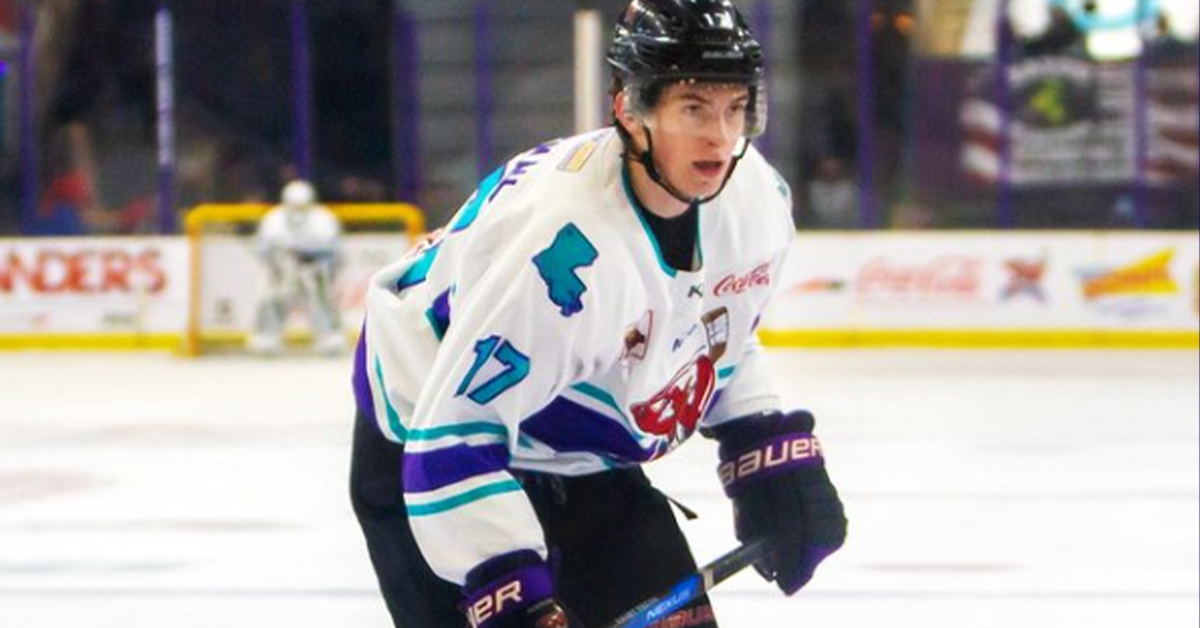 May 7, 2021///Rosalyn Zirngible///Comments Off on Nashville Native Dorfman Excelling in NAHL

A Nashville native, Dartmouth commit and Jr. Predators alumnus, Braiden Dorfman is having a career year for the Shreveport Mudbugs. In his third and final season in the North American Hockey League (NAHL), he has made his presence known on the ice as he leads the Mudbugs in scoring and is fourth in the NAHL.

“Any form of hockey will prepare you in different ways, but TPH and the Jr. Predators have done a great job as they have always focused on skill development throughout the weeks and during high-performance weekends with your team, you get down to systematics and structure. Because of that I have had a pretty good experience with all sides of the hockey game and learning from those skills,” noted Dorfman.

The Mudbugs, based in Shreveport, Louisiana are ranked number one in their division standings and number two overall in the league. Dorfman has been a key reason, as he leads the team with 53 points (21 goals, 32 assists) in 52 games played, and he isn’t close to stopping just yet.

“I have always thought of him as a very smart player and has understood the game well. He was someone that played with confidence and a high level to compete. Just the kind of kid that you like to have with you who had a bit of an edge which was helpful,” said Steve Jennings, Tier 1 Director of Hockey Operations for the Nashville Jr. Predators and 18U AAA Head Coach.

Since then, Dorfman has remained successful and continues to play with that same sort of intensity on the ice. When asked what has led to his success Dorfman answered opportunities.

“Honestly, opportunities. I have had a lot more opportunities being able to play a bigger role this year and I have been able to play with some high-level guys and get some good minutes in every night. The more you play in this league the more confident and comfortable you get,” shared Dorfman.

“He has had a phenomenal season. I am so happy for him as I can see he has matured after being traded to the Shreveport Mudbugs and it has been a difference-maker. Sometimes you need to go to a different program where you fit better and where the opportunities can be stronger. He is blossoming down there,” stated Jennings.

Dorfman and the Mudbugs look to continue their success into the NAHL playoffs which will start on May 18th. We wish the best for him the remainder of the season and look forward to his hard work continuing to pay off at Dartmouth.