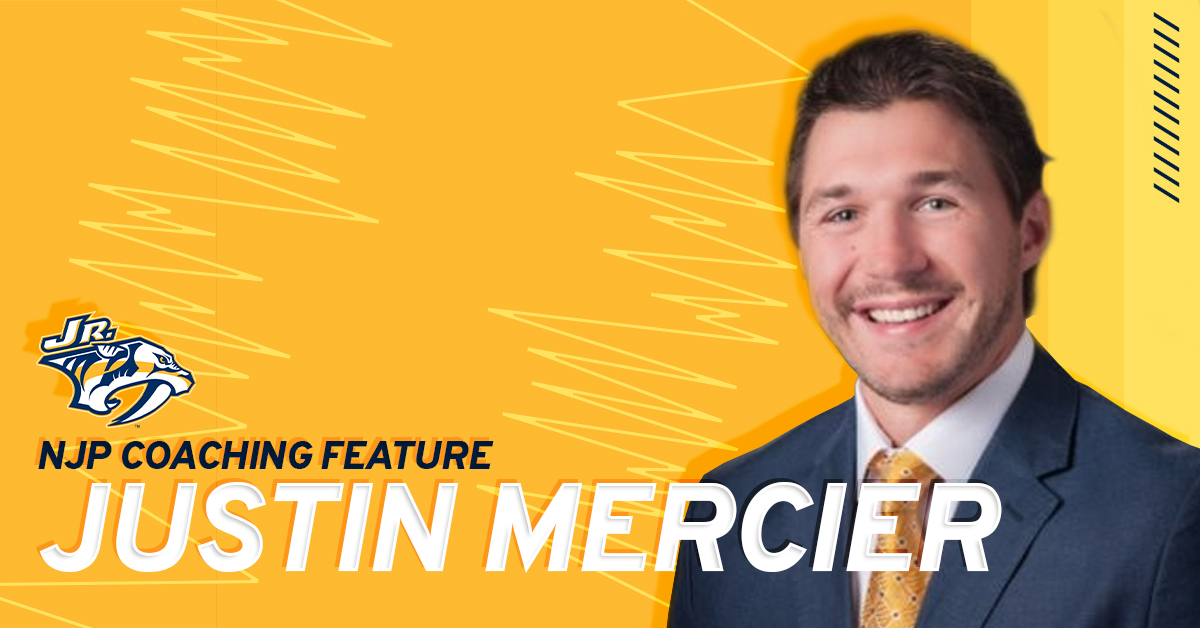 This week’s coaching spotlight is on the new 13U (2008) AA coach, Justin Mercier. Originally from Erie, Pa, Justin started junior hockey when he was 16 years old playing in the USHL for the St. Louis Heartland Eagles. He then went on to play for the US National Team Development Program where his team took Gold in the U18 World Championships. “Playing for my country was an unbelievable experience,” Justin said. “Not only did I get to play with and against the best players in the world, but I got to visit a ton of really cool places and soak in a lot of different cultures. Representing the Red, White, and Blue is an honor I’ll never forget.”

From there, he played 4 seasons at Miami University, making the NCAA Tournament each year and playing in the National Championship his senior season. Upon graduation, Justin went on to play professionally for 7 seasons. He was drafted by the Colorado Avalanche and saw time in the NHL during the 2009-2010 season. A majority of his career was spent in the American Hockey League playing for the Lake Erie Monsters, as well as the Iowa Wild, Bridgeport Sound Tigers, and Rochester Americans.

He rounded out his pro career with two seasons in Europe, playing in the Deutsche Elite League (DEL – Germany) and Italy. When asked about playing overseas he states, “I think a common misconception about European hockey vs American hockey is that it isn’t physical in Europe. I disagree with that completely. It’s physical in a different way. The contact is calculated so you have to think a little more.” As the game changes from grit and tough battles to speed and skills, knowledge of the new direction of the game is all that more important.

He now resides in Nashville with his wife, Chelsea, daughter Lila, and son Nolan and is looking forward to his opportunity to coach with the NJP program, “I’m most excited to be at the rink after a strange year away, which also included a relo from Ohio” he states. “I can’t wait to be back around the game that has given me so much and to help the players of this organization by sharing what so many have taught me throughout the years.”