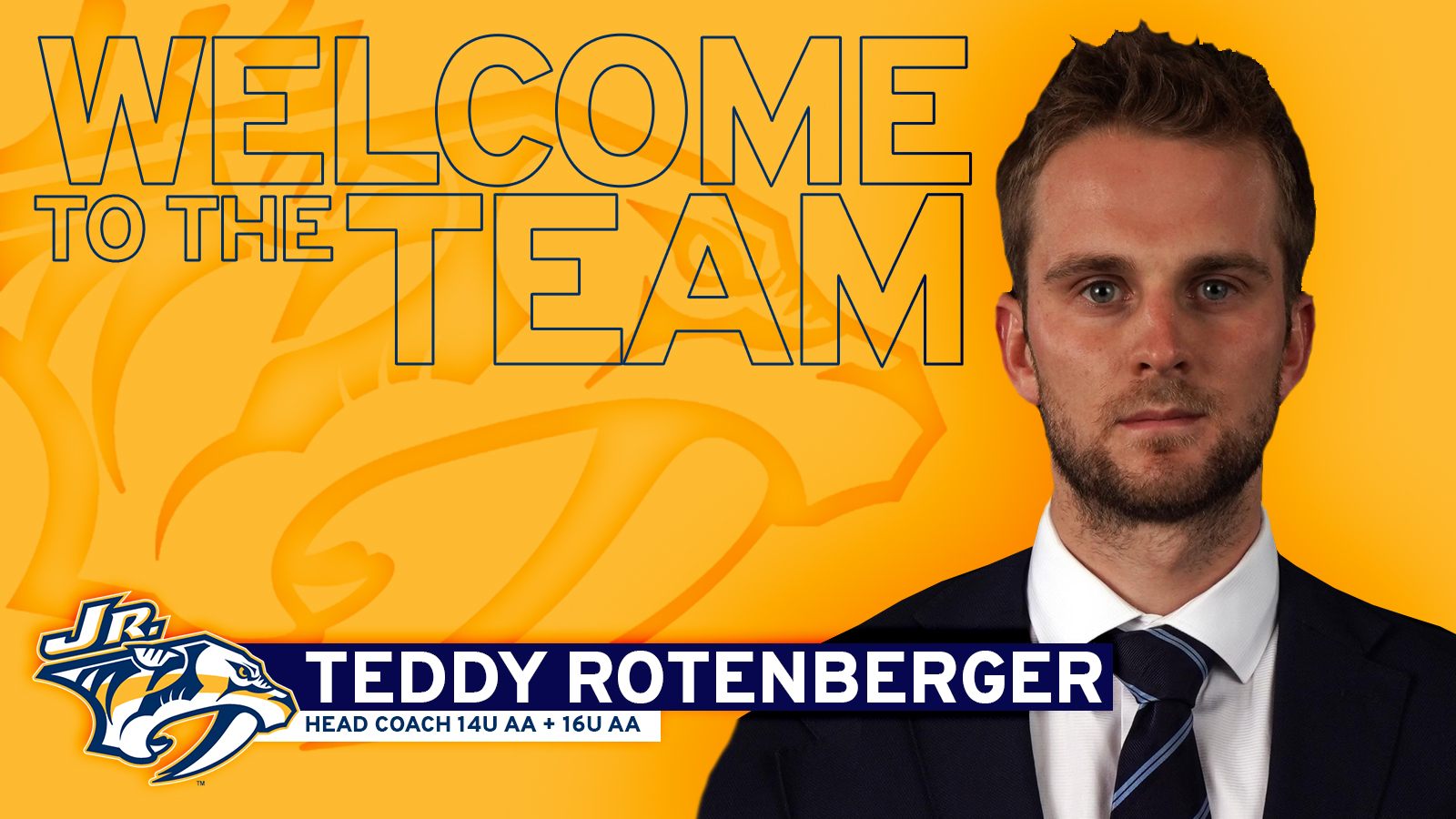 TPH-Nashville and the Nashville Jr Predators are pleased to announce the hiring of Teddy Rotenberger.  Rotenberger will be joining the team this summer coming after recently graduating from the University of Alabama – Huntsville (UAH). In his time at UAH, Rotenberger competed four years with the UAH Chargers Hockey Team (NCAA DI).

Prior to his collegiate career, Rotenberger was an alum of the Jr Predators (Thunder AAA) program.  As a player, Rotenberger exemplified the student-athlete credo; he was a team captain annually as a youth hockey player and an outstanding student in the classroom.  He captained the Thunder appearances in the 2013 and 2014 USA Hockey National Championship  Tournament, winning a Bronze Medal in 2013 (U16 AAA).  His junior hockey career had multiple stops in the North American Hockey League including Topeka, St. Louis and Shreveport before beginning his NCAA career in Huntsville.

Rotenberger is no stranger in coaching with the Jr Predators and TPH; he has been involved in the Spring Prospects for the last few years and has received very strong feedback from the players and families he has worked with there.

Within TPH-Nashville, Rotenberger will serve as the Assistant Director of Hockey Operations – scheduling, coordinating and executing programming for the Center of Excellence and other Nashville based events.  In the Nashville Jr Predators Organization, Rotenberger will be the Head Coach for the U14 and U16 AA teams and will also be the Assistant Mite Program Director.

“I’m so excited to have Teddy joining our team!  His Character, work ethic and hockey experience will make him a valuable add for our student athletes and their families” said Steve Jennings, Director of Operations for TPH Nashville.

Jordan French, Jr Predators Tier II Program Director added “Teddy will be a great add to our coaching staff and will help us grow our AA teams and the Mite Program, continuing to strengthen the organization from top to bottom.  I look forward to working with him in the coming season.”

Please join us in welcoming Teddy to our team!  The Nashville Junior Predators just announced the rescheduled tryout dates for the 2020-21 season.

The TPH-Nashville Center of Excellence is also taking registrations for the coming academic year.