The Nashville Jr Predators 13U AA team has had a difficult season with COVID cancellations however, that has not stopped the players and families from being extremely supportive of service project initiatives around the community. While their season has faced many interruptions, they’ve taken it upon themselves to give back to the community and to help those in need of brighter days.

“It means everything to know that players and parents want to take extra time to help our community,” said Zach Jackson, Tier II Director of Hockey Operations. “That is the culture we want to build within the NJP program. Building a better hockey player is our coaches job, but it is equally, if not more, important to us to help build good human beings. When our managers and players have the desire to do the extra work in our community when off the ice, it creates something special within our program.”

Here are three initiatives that were completed in the first half of the season by the team.

The 13U AA donated chocolates and signed sticks for Finley Kivett, a four year old boy awaiting renal transplant for end stage renal disease. Following his transplant, the team invited Finley to drop a ceremonial puck at one of their home games. This season, the team is wearing “Fight for Finley” patches on their jerseys in honor of Finley’s bravery and strength. 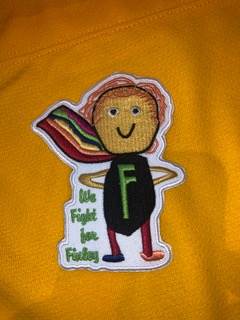 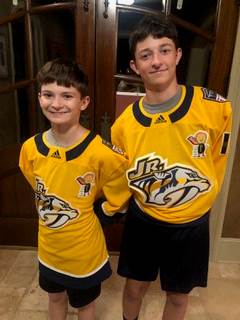 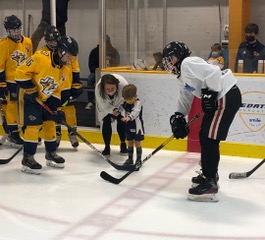 In October, the team invited Lily Paris, a 16 year old osteosarcoma survivor and amputee, to talk to them about her experience and her family’s experience. She talked about being diagnosed with cancer, being treated for cancer, electing to amputate her limb and surviving cancer. In addition, the boys taped their sticks with light purple tape and received a “Hockey Fights Cancer” t-shirt. Each player personalized the t-shirt to honor or remember someone close to them. 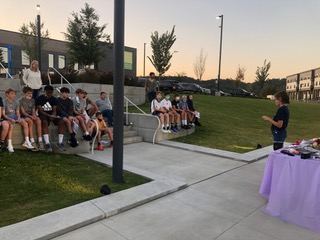 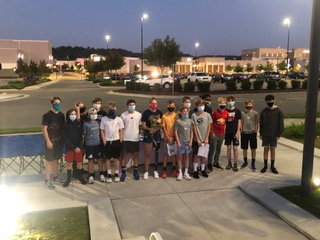 In December, the team donated funds to support two children through the Holiday Heroes program which is run through Youth villages. The boys built one of the bikes given to one of the kids as a hands on experience. Some of the families were able to get custom autographs for the kids signed by the kids’ favorite entertainers! 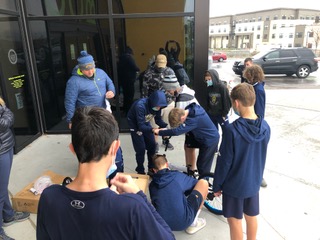 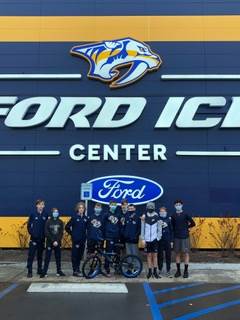