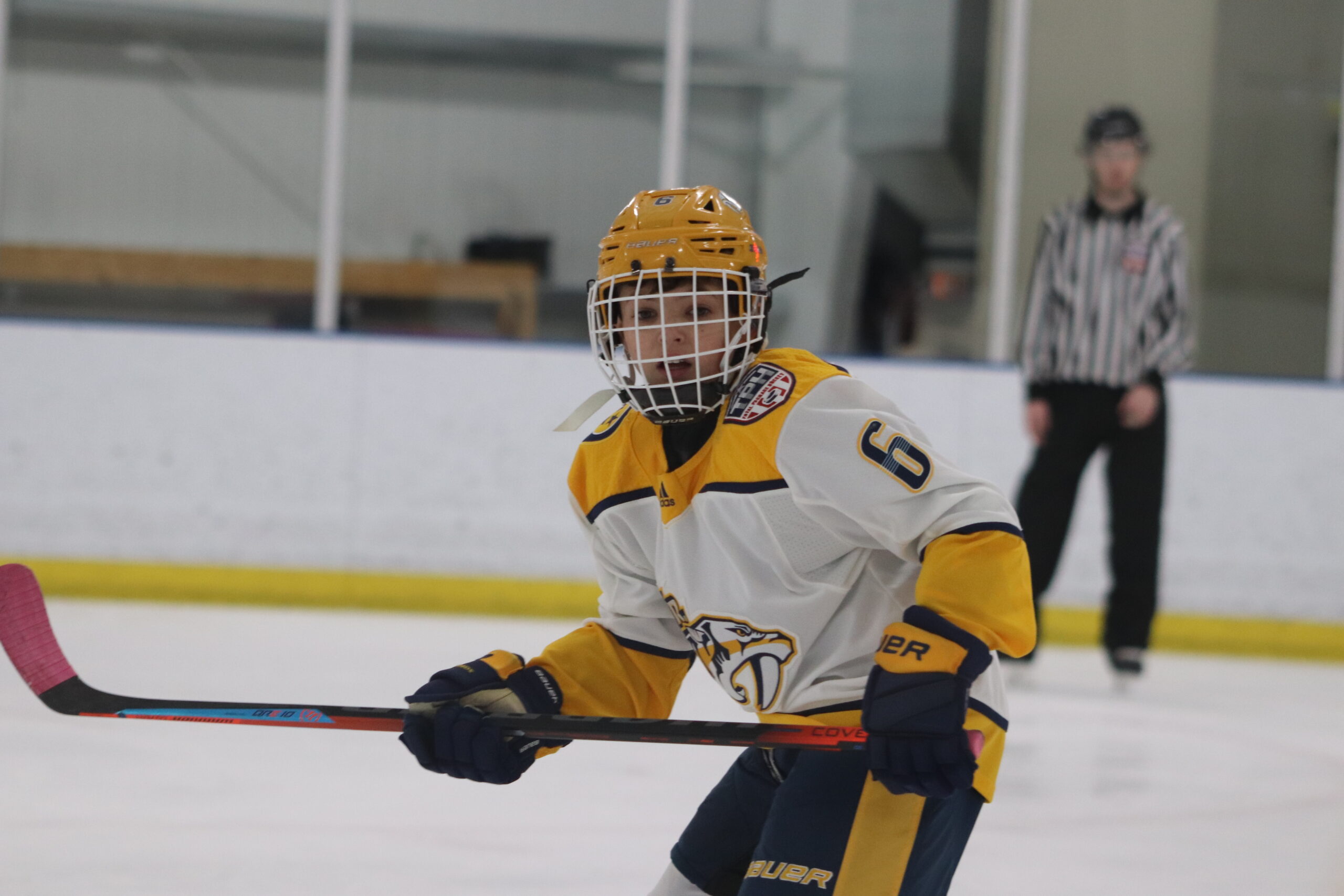 December 22, 2020///Colleen Lynch///Comments Off on 11U AAA comes together to show support for friend battling cancer

When children are growing up, one of the qualities most parents and coaches would like to see develop is that of a leader on and off the ice. We want the children of our community to grow up and be outstanding citizens and to give back to their communities. Owen Irons is 11 years old, playing for the 11U AAA Nashville Jr Predators and doing everything he can to be a leader and most of all, a wonderful person to his friend Avery.

Just a few weeks ago, Avery Bonfe was diagnosed with a rare type of cancer that forms in the soft tissue called Rhabdomyosarcoma (RMS). There are currently only 350 children diagnosed with RMS in the United States. This was obviously devastating news to her, her family and friends. What started out as a 10-month treatment at Vanderbilt Children’s Hospital has now turned into a 16-month treatment, and Owen wanted to do everything he could to show his support for his friend. 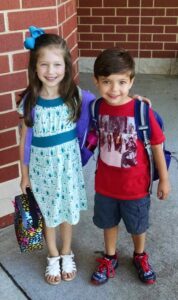 Avery and Owen on their first day of kindergarten

A little backstory first. Owen and Avery have grown up together. Their mothers attended high school together and have remained friends ever since, so it’s natural that their children become friends as well. The diagnosis came out of nowhere and was a complete shock to the family. From Avery’s Caring Bridge website, the family stated, “This all started a few weeks ago when Avery was having some numbness and tingling in her right arm, followed by shooting pains and the discovery of a mass in her forearm. Our pediatrician suspected a benign tumor.  Unfortunately, the MRI showed something different. Avery had a biopsy a few days later which revealed that she has RMS.”

Owen’s mom, Kari, was up front with him about the diagnosis for Avery, and it definitely affected him.

“He wanted to do something to show support because Avery is really thriving right now on encouragement and positivity,” said Kari. “The more people that are aware and can cheer her on makes her feel loved and supported. He got on a FaceTime call with her before he left for games in Columbus that weekend. He asked her what her favorite color was, and she said pink. Owen told her he was going to wrap his stick for her.”

At first, Owen was just thinking that it would be him taping his stick, but then his teammates got word of what he was doing and why he was doing it. They quickly wanted to join in and show their support for Avery. It began with Owen and a couple friends in the Irons’ truck taping their sticks, then when the rest of his team saw it, they clamored for the pink tape as well. Soon, the whole team was adding pink tape to their sticks. 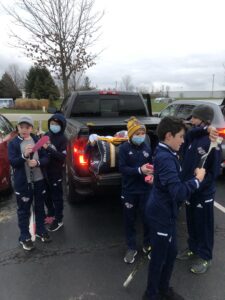 11U AAA team taping their sticks pink for Avery

“I grew up with her and this is probably the worst thing for a kid to have cancer,” said Owen. “I wanted to make her feel as good as she could, so we all put pink tape on our sticks. I honestly didn’t expect anyone else to do it because so many are superstitious with how they tape their sticks. Once everyone started doing it, everyone wanted to be a part of something special. It meant everything to me to have my teammates support me.”

For a parent, one can only imagine what it felt like to see a team come together for their teammate and his friend.

“It was a phenomenal moment for Owen to watch his teammates back him up,” said Kari. “For 11 year olds at that age, it’s incredible to all come together and support Owen and Avery. It was a really cool moment for our team and a spark of momentum for the team.”

The support from the team meant everything to both Owen and Avery.

“She was thrilled and excited to see how the team did this for her,” said Owen. “I just want everybody to know that she is battling cancer and for everyone to show support for her. It shows that the Jr Predators organization is awesome and will do anything for a kid that needs help.”

Following the game, Owen sent out this note to everyone on TeamSnap, which includes teammates, parents and coaches.

I just wanted to say thanks to everyone for wearing pink tape and supporting my close friend, Avery. For you guys that don’t know, this cancer is a type of rare soft tissue cancer. When my mom sent her mom the video of our team coming out of the locker room wearing the pink tape she said, “they did that for me!!!?? ( a big grin also on her face).

I am sure this meant a lot to her and made her feel better. It meant a lot to me. To be completely honest, I did not know how my teammates would react to this or say something about this. But once a few teammates saw me taping my stick pink, they wanted to do it too, and the next thing I knew the whole team was wanting to wear pink. So, I just wanted to say, thank you!!!

The Jr Predators organization will be putting together a care package for Avery that will include a jersey signed by the team and notes of encouragement to brighten her days ahead. 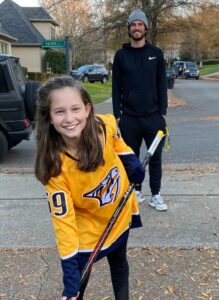 “One of the biggest lessons that you can learn in hockey – or any team sport – is to stick together and rally behind your teammates,” said 11U AAA head coach Kevin Montgomery.” I’m extremely proud of Owen and the rest of our team for thinking of such a creative way to support Avery in her battle with cancer. We are fortunate to have a young group of athletes who think of others and always try their hardest to help lift spirits in tough times. We hope this brings a smile to Avery‘s face and that she knows she has our support!”

And it’s not only the Jr Predators getting involved. The Nashville Predators, specifically Roman Josi, has been in touch with Avery. It began with an eight-minute FaceTime call with Josi and his wife Ellie, and then that turned into a visit from the captain himself the day before Avery began chemo. Avery was wearing a Filip Forsberg jersey for the call, but by the end, her favorite player was definitely Josi.

Avery, her family and the Irons are all doing their best to look outward with positivity. In fact, they’re already planning a vacation to Hawaii to celebrate her beating this challenge.

If there’s one thing you take from this story, please let it inspire you to spread kindness in your community, and to take a note from Owen Irons in showing support for your friends when they need it the most.