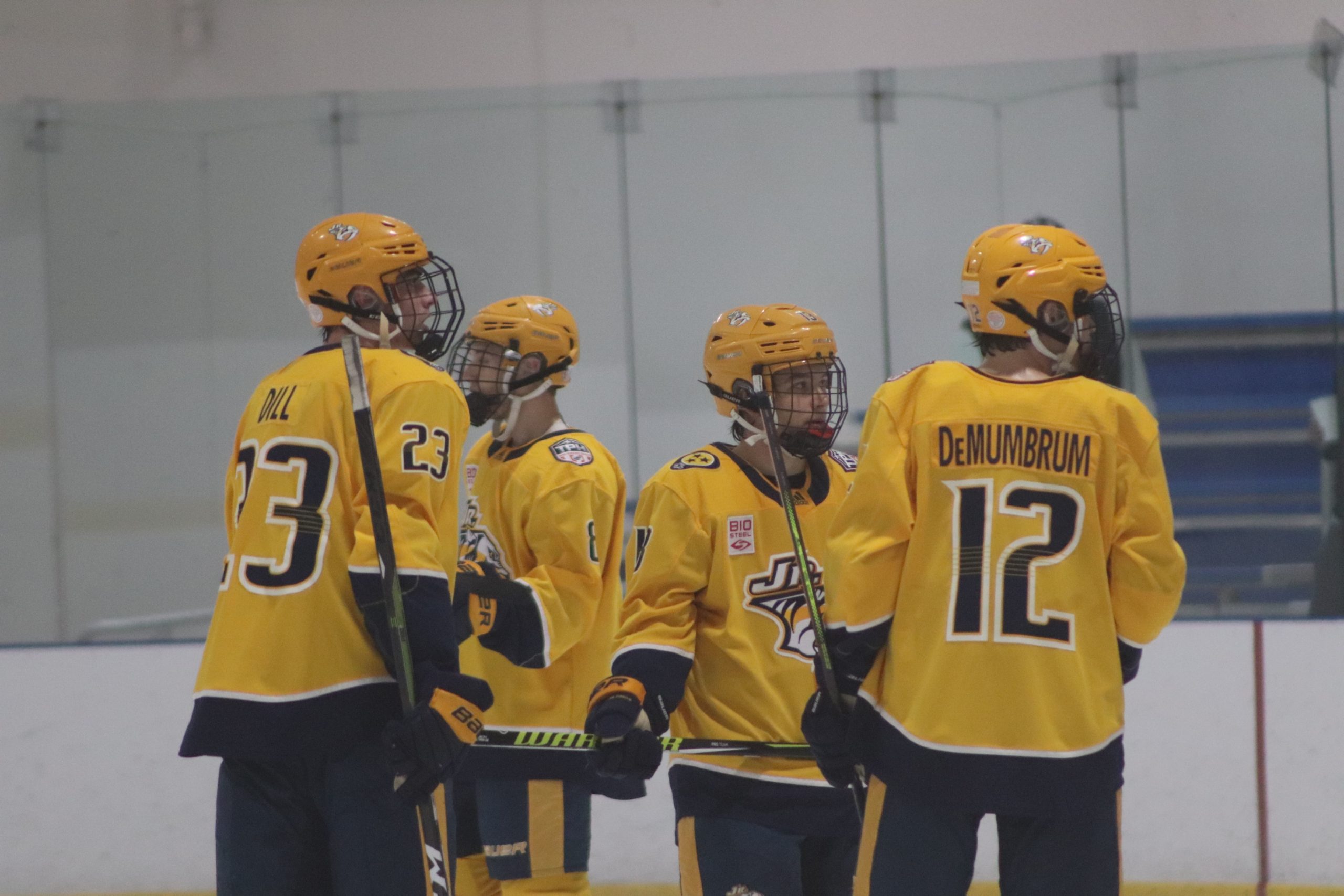 INDIAN TRAIL, N.C. — Nashville Jr. Predators left wing Zach Dill wanted more than a win. He was hoping for redemption after what happened in the same game a year ago.

When the Predators regrouped in August with a young roster that was hungry to win, they expected to return to the district tournament and change their destiny.

Even Predators coach Steve Jennings admitted he wanted some payback Sunday afternoon when his team again faced off against the Capitals in the district championship game.

“Absolutely we wanted to go to nationals, and we wanted redemption as well,” Jennings said. “We felt last year the pucks bounced against us, and were happy to get the bounces here.”

The Predators finally settled the score. They scored a pair of unanswered goals to break a 2-2 tie, earning a 4-2 win over the Capitals in Sunday’s championship game, advancing to the 2020 Chipotle-USA Hockey Youth Tier I 18U National Championships in Rochester, Michigan.

Afterward, Dill had a huge smile as he talked about how he and the team’s other veterans didn’t want to relive the feeling they had following last year’s loss to the Capitals.

“Everyone wanted to win the game,” Dill said. “Everyone was working hard. It was good. It was what we needed.”

The Predators outscored their opponents 13-3 to open the district tournament last week with a pair of wins. They advanced to the championship game with a 3-1 victory over the Capitals on Saturday, then turned around and beat them for the second time in as many days.

“We were dominating the entire game,” Dill said. “It was just about time the puck started going in.”

As in past years, the Predators have a talented lineup. While the Predators still joke in the locker room, Jennings said he has seen a big difference in the commitment of this year’s team compared to the one a year ago. His team has better chemistry, and his players hold each other accountable.

“I really feel like the unity of the team was a little bit stronger than maybe we had last year,” Jennings said. “We had a lot of kids that fought really hard, but I feel like this team really elevated. I challenged them at the start of the year to establish a good culture and leadership, and I really feel like those guys delivered.”

With Sunday’s victory, Jennings returns to the National Championship tournament for the first time since 2016. The team had a solid championship run then, but it didn’t advance beyond the round robin.

Meanwhile, this will mark Dill’s first time going to Nationals. He said it was an “unbelievable” feeling, especially given the sour taste that has stuck with him and his teammates over the past year.

“I was on the team last year, and we lost a tough one,” Dill said. “We came back in August. We were ready to build and come back and win this thing.”