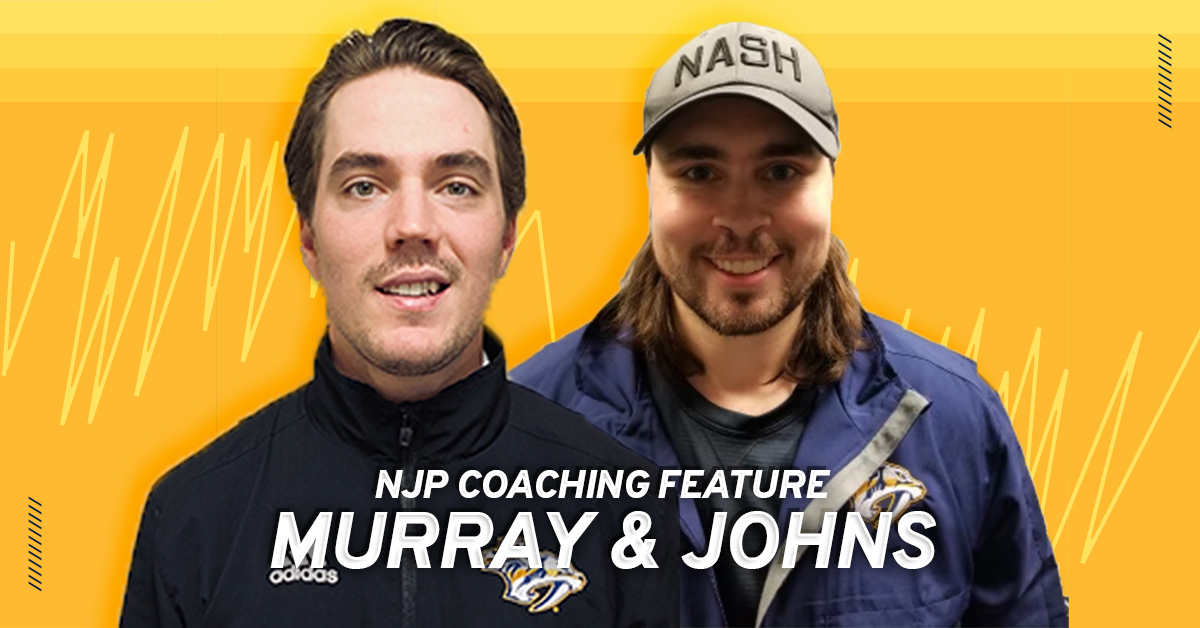 We are excited to have Coach Murray take his skill-oriented coaching style to our 10U Gold team this upcoming year. Patrick grew up playing hockey in his hometown, Rochester NY, where he spent 13 seasons playing in the Webster Cyclones Youth Hockey Program. ”My most memorable moments playing hockey in NY were all the winters getting to play out on the pond. That’s where I learned to love the game. The lifelong friendships I’ve made from different teammates over the years and having the opportunity to work on my skills every day whether it was at home shooting pucks or the rink playing. I loved being able to do whatever it took to get better and it continues to this day.”

He then went on to play for his high school’s inaugural varsity hockey team where he earned first-team all-state and finished top 10 in scoring for New York State. He was then recruited to play Junior A hockey for the Syracuse Stampede. “I was the first in my family to play hockey so no one had had that experience,” Murray stated as he was reflecting on his experience playing Junior A hockey. “I moved away from home for the first time which was very different, but I billeted with my coaches family and 4 other players on the team which was a lot of fun. It was an intense new schedule, practicing and working out every day, sometimes twice a day, and the competition and talent level was better than anything I experienced to that point. When you play at that level, you’re essentially competing with everyone for college offers so there are no days off.”

Following the Stampede, Patrick jumped right into coaching. “I did an internship with the Nashville Predators Amateur Hockey department back in 2017 and started helping on-ice with the youth league. I quickly realized how enjoyable it was and I haven’t looked back since.” We all want to give back to the game and pass on the experiences and lessons we learned as players growing up. To Pat, this is especially relevant. “The most rewarding aspect of coaching for me is watching these kids get the same experiences I got from the game and being able to use my experience to help them become better players and better people. I want to help as many players as I can and do my best to guide them in the best direction so hopefully, they can play at a higher level than I did. At the end of the day, if my players get better and they’ve grasped the lessons the game teaches them while having a blast doing it, then I’ve done my job.”

Pat coached with the Nashville Predators Youth Hockey Organization and Preds Select for three years before being the Head Coach of our 2020-2021 Jr. Predators 10U Blue team. He makes the jump to our 10U Gold team this year and is excited to see what our 10U Gold team can bring this year! “The game speeds up a lot for these kids over the next couple of years so it’s crucial to teach them the proper way hockey is played, especially at the AA and AAA level. The game is fast-paced and quick decision-making at full speed is vital for development. I’m excited to get started.”

Ty Johns – 11U AAA
Originally from British Columbia, Canada, Tyler joins the Jr. Predators family as an exciting addition to our Tier 1 coaching staff. Ty comes from a unique hockey background that has helped form his solid reputation on and off the ice. “Growing up and playing hockey on Vancouver Island had a lot of perks. We had a lot of good teams that could compete within a few-hour drive. The part of my youth hockey experience that helped me in coaching was understanding what it means to compete every night.” After playing for clubs in Vancouver growing up, Ty played three years of Junior hockey in the British Columbia Hockey League (BCHL).
After his Junior career, Tyler played four years at Utah State University (ACHA DII) while going to nationals all 4 years. “Club Hockey has the benefit of allowing athletes to focus more on academics. Our schedule was much lighter than a NCAA player, for example. I was able to find my passion for the game and had a chance to play a major role in developing our younger players on the team.” Ty’s path is a common route for a lot of players that don’t go the Junior or NCAA route, but provides a memorable experience while having good competition and more of a focus towards academics.
This path has helped shape and mold his coaching style which speaks for itself with his reputation and results. Last season Coach Johns led his Squirt AA Flyers team to a SYTHL championship. “My approach to coaching comes from a teaching perspective that has resonated with parents. My aim is always to develop well-rounded athletes first. When it comes to on-ice I like to run high tempo practices with drills and small area games that directly translate to games. I’m offensively minded and preach attacking and defending as a 5 man unit. I believe in putting kids in game-like situations in practice to better prepare them for competition. A big key to my method is I want our players handling pucks and making plays. Being in as many different situations as possible will only help further develop the player.”

In addition to his coaching style, his openness and communication with parents are what Jr. Predators wants to help build and sustain to develop a better positive hockey culture. “I am willing to have an open-door policy for both parents and players to come and talk,” he says and then with a smirk, “I keep this policy as long as that doesn’t get abused.” Ty’s attitude towards the game, his players, and the families is just another reason we are excited to have Coach Johns on our Jr. Predators Tier I staff.